My Nurse and I

29 MAY 2019
Touring Choristers of the Tasmanian Symphony Orchestra Chorus, dir. by June Tyzack. 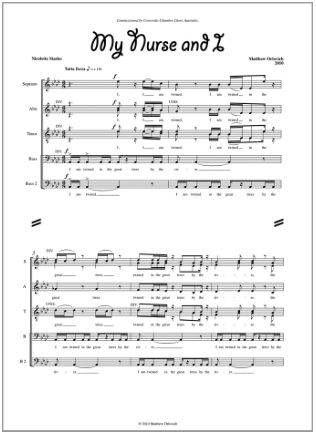 My Nurse and I (for a cappella SATB choir, 2010) was commissioned by Concordis Chamber Choir, directed by Andrew Hunter. The title of the work harks back to a painting of the same name by the Mexican artist, Frida Kahlo. Painted in 1937, the artwork inspired a poem (also of the same name) by the contemporary Australian poet, Nicolette Stasko.

In three sections, my setting begins with a vibrant, rhythmic music set to the poem’s opening lines:

The pace of the music slows upon the commencement of the middle section of the work. Envisaged as a kind of lullaby, it alludes to Frida Kahlo’s painting – a self-portrait – in which she appears as a ‘babe in arms’. My lullaby section begins and ends with onomatopoeic choral sounds of water and forest birds.

Like a frame for the piece, my setting of the opening lines of the poem returns in the final section of the work, with a trumpet-like choral flourish serving as a coda.

I gratefully acknowledge Nicolette Stasko for permitting me to set music to her poem. I also sincerely thank Andrew Hunter and Concordis Chamber Choir for commissioning the setting and for affording the work its premiere performance.

Some Known Performances of “My Nurse and I” 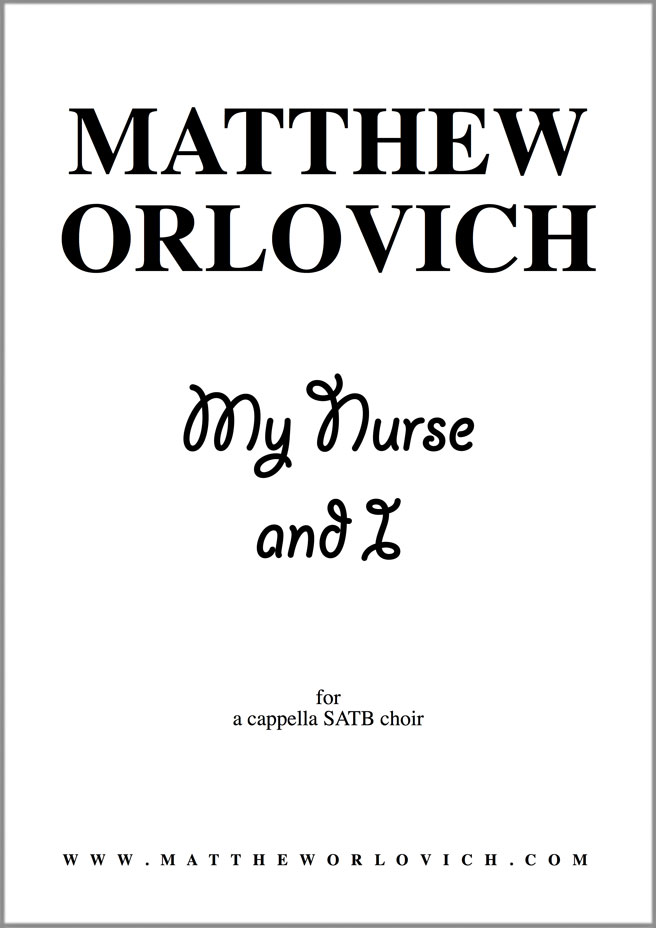 My Nurse and I (for a cappella SATB choir)
PDF score and Reprographic Licenses
available now!

TITLE:
My Nurse and I

SCORED FOR:
A cappella SATB choir

If you would like more information about this score, feel free to email me.
I look forward to hearing from you!